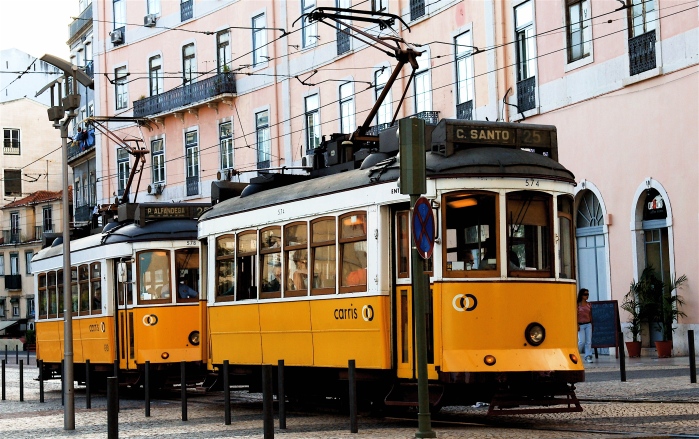 There’s the famous theory that everything is a remix, that we are entangled in «webs of significance». Culture, according to the notable anthropologist Clifford Geertz, is «a system of inherited conceptions expressed in symbolic forms by means of which men communicate, perpetuate, and develop their knowledge about and attitudes toward life». Everything that surrounds me matters. Everything is constantly creating associations and emotions and feelings, and in the end every experience and interaction has been allowing me to develop a world of my own, inside myself.

Regarding my own composition process, I take it to be mostly self-taught and experimental and dwelling into several “worlds” – not only I constantly gather information and feedback from “serious composers” that attend institutions and academic contexts, I also read books from people who spend their lives composing and achieved notable recognition among their peers, in their social contexts, and, furthermore, I listen and experience music and performance practices from people who are totally unaware of systematic rules or algorithms and who just play for the sake of playing, or compose for the sake of fun.

Therefore, I find myself influenced by a melting pot where the only relevant criteria is the effect that the object has in myself. “Does it work for me?”, if “Yes”, then I use it! It’s like cooking an exquisite dish with several ingredients or flavors. Sometimes you don’t need a gourmet restaurant neither a sous chef to have something meaningful in your plate. Sometimes even fast food works.

Regarding this melting pot I started being aware of the sounds that I found myself listening constantly and that bring great pleasure to my mind. One particular work that “worked” it is “Les Jours Heureux” by Yann Tiersen (https://www.youtube.com/watch?v=UpgSulqSYfk). Since the first moment I listened to it I knew there was something special about it. Perhaps it’s the instrumentation, but also the vivid rhythm. It’s a work where the chord progression is simple, minimalistic and repetitive. And that is a useful resource I can use. Then, it’s the accordion providing both an ostinato-like pattern that keeps it moving and serve as a base, but also a layer that makes it pulsating and makes you kinda-want to dance, but not exactly. Finally that fantastic metalic-clinging sound provided by the harpsichord puts something into it. On the other hand I was not that keen on the strings – they are far too common and vastly used, except for the last bit, when the violin goes up the scale with a portamento – that feature is to keep, as I will explain later.

The second work that captured my attention, and that is somewhat related is “Om du Möter Varg” by Detektivbyran (https://www.youtube.com/watch?v=wBU3waTWrv8). There you have the same pulsating accordion giving an ostinato base with a simple chord progression. You also have a clinging sound, this time, metalophones – I like these timbres more than the harpsichord. For me, by now it’s settled that I’m using the Toy Piano – it’s the perfect compromise between the clinging, metallic, fantasy sound, that evokes childhood, innocence and dreamland.

The most amazing trait, however, in this work, is the choice of the theremin for the melodic solo. As soon as I’ve heard it I could not describe how perfect it was!… I HAD to use a theremin. And I can explain why – because the “pure” timbre of theremin somehow captures the most essential things of the human voice. It has the flowing quality of a constant legato and the ability of moving in continuous steps instead of discrete steps of a scale. There is nothing more annoying than discrete steps and equal tempered tuning. On the other hand I get chills and deep pleasure whenever I listen to well put portamentos and glissandos that cover the continuum. That’s what one encounters in the human voices, specially in Portuguese Fado, in the “Amália Rodrigues” style I am so keen in listening to. That is also why the violin in the end of the previous piece “Les jours Heureux” works – because it makes a “scream”, it resembles the apex of a human voice in the end of a performance, a catharsis.

I’ve realized I’ve been trying to mimic that vocal feeling all around in my melodies, and with the theremin I found the perfect resource, even though, I concede, many people find the theremin to be a rather annoying instrument; However, I find it is the perfect use of a timbre to heighten and expand the characteristics of the human voice, that constantly give me the chills.

Finally the “third influence” is not a specific work, but the realization that many of these traits come from Fado – the way people sing and perform Fado vadio in Portugal. The way the melodies are build and ornamented. And the way there is constantly a counter-melody developed by a Portuguese Guitar on the background, since Armandinho and Raul Nery developed this style of accompaniment during the 20th century. So I figured out that I needed the Portuguese Guitar – or something very similar to it – in my music. Something that would provide that constant answer to the melodic line and that would flow with it in an interplay of extremely ornamented and out-of-scale melodies. I knew I wanted to capture much of the ambience I saw in “Júlia Galdéria” parody by Dulce Pontes (https://www.youtube.com/watch?v=XYT4iQ8ukWE).

I think these are the main traits that work for me and that form my voice, the way I think it would work. So, having this in mind, I started composing “O eléctrico”.

I formed an ensemble with four instruments (actually eight, since they are all doubled) representing these characteristics. I would have a theremin (doubled and reinforced with an analogue synth) to be my erratic, flowing, continuous voice. I would have a guitar (doubled) to be the counter-melody to it. Then I need the accordions to give the pulsating ostinato bass and chords and rhythmic base. Then I would need the Toy Piano to be the foundation, to be a kind of central base, because of the timbre, gluing everything together. The Toy piano will make melody, harmony and rhythm, it is mainly the structural skeleton and the filling.

I started by writing it as a solo. I prepared a small piece fado-style. The toy piano does a melody with a simple accompaniment. Then it repeats the melody, a tad more ornamented and varied, with the accompaniment having also slight differences. It’s what one can call an introduction with thematic material. And can stand by itself. Then you have it replayed in a way that everything seems duplicated and expanded. This same base is a layer for the soloists to shine. The theremin enters performing like a legato voice and the guitar answers to it. The accordion varies the pattern of the toy piano bass line, to a more vivid rhythm – a real bass line, and a chord-like structure to give harmonic base, but also with some melody hidden in it. Every time that the chord progression is repeated there are some melodic motives that are changed to add color. One can think of it as a strophic structure where the instrumentalists are having fun and styling and improvising every time they have to repeat the pattern, or by going a third or fifth up, or by adding a mordent, or by changing the melody within the same contour and base tones. Again, the structural development is the same of the typical fado songs.

This structural development is the same used by my references as well. And by folk and popular music in general. That is why they sound so repetitive and “simple” in the ears of “erudite” composers, however they work so well for most of the audiences. It’s a formula that’s here to stay and I stick to it because it works for me: you pick up a simple chord progression and stick to it from beginning to end. You make a simple work, not long, 3 minutes around it. Contained in itself, with just two melodic themes and variations.

Usually the interplay is between “verse” and “chorus” however I decided not to follow this way, instead I played a small trick. Instead of going for a chorus in my work, I decided to do it strophic all the way, adding a break in the middle, with a small extra measure to build up a modulation. The guitar and the toy piano do a little ascending pattern there and then the “fado” goes up a tone, and it is repeated all over with the melody going crazy and departing each time more and more from the original. The guitar goes nuts and starts to improve on the counter-melodies going somewhat virtuosic at spaces. I decided to emulate something that often occurs in live contexts in strophic songs – to create a continuous crescendo show off on the same basic material, just like you can see in the Fado reference I provided. So in the end what one has is just a build up to an apex around the same thing over and over and over until…

Well, until the point of breaking. When the voice can no longer sing it screams. And that is my apex. Instead of a chorus, I decided to build up a longer “coda”, and ending. A contrasting section in the end to support the voice just doing “screams”. Somehow I’m also mimicking and exaggerating what happens with the violin in Yann Tiersen and what happens with the theremin in Detektivbyran. But instead of a measure or two, I provided a whole 8 measure section for this to happen.

Then, of course, like many Fados, all ends up with the instrumental cadenza of the arpeggiated tonic with the added 6th. And like all Fados, if you want to mimic a folk performance you have to tweak the tuning – even in the melodic instruments. The guitar, the accordions, please let them be slightly out of tune, so that they blend together colorfully. Just a few cents, but that’s mandatory!…

When you boil down all this reflection and composition process what you get?

Well, you get a 3 minute piece, that has the structure of a strophic folk or pop tune. And that has a most strange instrumentation. And the most boring chord progression, but lives itself by the interplay with all actors. It is like making pop music with minimalistic resources and an erudite thinking. Everything is symbolically notated, crafted and perfected. Nothing is really improvised, since all the “improvisations” are well thought and notated!…

Does it work? Does it speak an original voice?

All that I can say is: for me it’s perfect. It has all things that I like in a song in this moment of my life. In 10 years when my life experience changes, probably I will think otherwise, I don’t know. But right now, it this moment, THIS makes sense. I love it! I’ve listened to it one hundred times in the last few weeks. And every time I listen to it the world gets a better place. And all my brain molecules are tickled inside. I find pleasure in my own music as the cook finds pleasure in his food. I also find a great deal of pleasure in sharing my results with other people.

Does it work for you? Does it sound original and meaningful to you? I don’t know. Your references are very different from mine. And the reasons why you’ll love it, be neutral, or hate it can be immense. And you can probably think about it and explain them. Or not. Just feel it, and if it works for you as well, then I’m glad I’ve accomplished something!